Victoria: Since going raw then we began to feel better and better and better. But interesting shift in our lifestyle was seven years after being raw. After seven years of being 100% raw we noticed that our health is declining again. And we couldn’t understand why because now we were eating all organic and we were combining food properly. We were eating actually better. Our variety was more wide and more balanced. Still we noticed that our teeth were falling apart very quickly. After seven years of being 100% raw.

Kevin: What was happening with your teeth?

Victoria: Pain. We’d go to dentist and they would find decay and they would put fillings and they would find more. Every six months, many, many fillings.. And our gums started to get purple and bleeding and our nails started to get brittle and our hair started to fall. And I started to gain weight again; was very disturbing for me because I was a public speaker for raw food. And I started to feel sleepy and not energized, couldn’t think clearly. And nobody knew what was going on. I talked to many raw fooders who’d been on raw food for many, many years, thirty years, forty years and everybody would say different things. I couldn’t figure out one thing that was going wrong.

So I decided to make my own research and first I wanted to find an animal that was closest to human and it shouldn’t be a rat, it shouldn’t be a pig, it should be somebody whose genes are very, very close to humans. I picked up chimpanzee because according to my research, chimpanzee is the closest to human genetic structure. Chimpanzees shares with humans 99.4 the same sequences of genes. And then I wanted to see what wild chimpanzees eat, what is their diet. And luckily Jane Goodall made lots of research and she wrote volumes about chimpanzees of Gambi Valley and when I looked what they eat, that was it. As soon as I saw the charts of their diet, I instantly knew what the answer was. I found it. You should have seen me yelling and screaming, I said, “I got it! I found it! It’s greens!”

Because not only did we not eat enough greens, we hated them. Every one of us. We would feel like, “Oh…greens.” It was like a duty for us to eat greens. And if we had greens in our salad we would soak it in dressing with lots of garlic or hot pepper in it. So I started to see how much they eat and chimpanzees consume half of their diet are fruit and almost other half are green, green leaves. And I was thinking, so why don’t I like greens? It doesn’t make any sense. I believe that human bodies are intelligent but how come I don’t crave them?

So I started to learn more about human anatomy and I found out that humans in order to digest greens they need to have several conditions lined up. Because greens are very hard to digest because of higher cellulose content. First of all we need to have old teeth; we need to have our wisdom teeth. Wisdom teeth are similar to cows and horse teeth; they are for grinding, for chewing greens and other chewy substances. And I don’t have my wisdom teeth already; I lost them when I was in my twenties. We’re supposed to be able to chew greens to a creamy consistency and I was not able to. Then after this, this creamy consistency should go into the stomach and in the stomach normally we’re supposed to have a pretty high concentration of hydrochloric acid which, according to my research, I questioned 800 people, about 90% of the people have very low hydrochloric acid or no hydrochloric acid. I also had zero. This hydrochloric acid’s supposed to liquefy this creamy consistency to a liquid. It’s supposed to break it down to molecular level and then when it goes into the small intestine all these particles from greens could be absorbed easily. But because we cannot chew and because we don’t have hydrochloric acid these clumps of not chewed properly greens goes into small intestine, clogs the body, clogs the small intestine, causes many problems. And it becomes a burden. It becomes a burden. It causes pain, it causes indigestion. And so our intelligent body makes us nauseous. So we stop even trying. It’s like saying to us, “Honey, you cannot digest it. I’ll make you nauseous so you don’t even bother.”

And that’s why many people today don’t like greens. Greens used to be a staple for humans for thousands of years and today most people don’t like greens, they’re not attracted to them even to such a degree that science didn’t even research them for many years. And if you give a cup of green drink to a child, the child will either say “umm!” or they will say “gross.” But they wouldn’t be excited as when you give them ice cream or chocolate, with a rare exception.

So I was calculating how many greens I’m supposed to eat per day. How many every human’s supposed to eat per day. And it came to at least two big bunches, you know bunches? Of greens, like kale or bunch of spinach, bundle. I never ate that much. I probably bought this much for a week for my family and we still had to compost some. And now I had to buy 56 of them per day for my family of four if you multiplied it by days, by people.. One day I even bought two, and they have to be dark green, they couldn’t be just iceberg lettuce or romaine, they have to be dark green leaves, I was thinking how can I eat them? One day I bought two dinosaur kale or Italian kale bundles and I came to my office and I was thinking, OK, I switched off the phone. This is my job today, I’m going to eat that kale. And I was sitting there, pushing myself to eat it and I couldn’t. I was so nauseous. And I was thinking how can I make it so that I can enjoy and eat them and eat them every day, two bunches? How can I make it so that my children could eat it? How can my followers, old people I inspired into raw food, how could they eat it because they didn’t eat enough greens. And of course I was thinking about fruit but everybody knows fruits and vegetables is a poor combination.

Now I wanted to figure out again, to check it out, why is it a bad combination? So I took the book by Dr. Herbert Shelton about food combining and I was reading why is that a bad combination, because they say the vegetables, such as zucchini, carrot, broccoli have starch in them and starch and sugar together they ferment and they cause bloating. It’s not a good combination. And then I was reading about chimpanzees in the book, “Chimpanzees of Gambi Valley,” and I read in one place that chimpanzees sometimes pick up the fruit, roll it in a green leaf and eat it as a sandwich. And I decided chimpanzees know better.

And then when I matched those two researches I was thinking well greens don’t have no starch. So greens are actually not a vegetable, they’re not a traditional vegetable. They should be categorized as something else. Because of course if you mix carrot and apple that will be bloating but if you mix green leaf and apple it’s no problem, it’s not going to be any problem, no bloating.

And then I re-read the book by Herbert Shelton and it explained that green leaves is the only food that could combine with anything and actually it helps to digest sugar because it slows down absorption of sugars from fruit.

Then I went to the coop and I purchased bananas and I purchased dark dinosaur kale and I was all excited about this. I had a feeling it’s going to work now. I brought it to my office, I brought my Vitamix blender and I blended bananas, I peeled them, I put them in a blender, water and kale, and I blended it all well and then with trepidation I opened the lid and the smell of bananas totally dominated the smell of chlorophyll so my body was tricked. My body didn’t notice there was greens. It did not react it as being nauseous and I drank the whole blender and I didn’t feel nauseous. I never, ever consumed so many greens in one hour. I made more. For several days I was consuming two gallons of green smoothie per day because I was so eager to undo all the damage I’ve done to me by not consuming greens. I understand they’re packed with nutrition.

And I started to feel so much better right away. I had several moles on my body, on my face – they fell off. My fatigue, my sleepiness went away. My cravings for heavy foods, for lots of avocados and crackers – gone! My sharpness of concentration and the symptoms of low hydrochloric acidity, like brittle nails, reversed. My nails became so strong I could pull screws out of the walls with my nails. I have to use toenail clippers on my nails they’re so strong. That means that I have lots of silica that means my body really absorbs nutrients now. And I started slowly to lose weight again.

I generally feel very good. My eyesight is perfect. I’m 53 years old only but I have very good eyesight. I have no gray hair. I have just little bit here, that’s going away. I’m very energetic. I sleep five hours; it’s plenty for me and I work 18 hours every day on a computer, doing my research. So since then I’ve written a book, which has sold 105,000 copies so far. And it’s became a translated into twelve languages and it became a best-selling book. I receive so many emails from all over the world with comments how people reversed the most irreversible diseases like cancer, arthritis and asthma and type 2 diabetes especially, eczema, you name it. I’m not saying that you should not consult your doctor and do that, but I’m saying that’s my experience. I’m just as a friend sharing experience with you.

Victoria: Kevin, I think the main reason of why green smoothies are so popular is because it is very convenient. It is so easy. For many years I was trying to juice…not trying, I was actually juicing sometimes two weeks, sometimes twenty weeks just for cleansing, for detoxing my body. But it’s time-consuming. I understand there is still a place for juicing and I commend people who teach other people and provide juicing for them but it is so much easier to blend. If you have a high- speed blender, like Vitamix or Blendtec, it takes under three minutes, including cleaning. You just throw things in there, the blender itself works from thirty seconds to sixty seconds, then you pour it and then you rinse it. That’s it. It’s so easy.

****************
Kevin Gianni the host of Renegade Health Show- a fun and informative daily health show that is changing the perception of health across the world. His is an internationally known health advocate, author, and film consultant. He has helped thousands and thousands of people in over 21 countries though online health teleseminars about abundance, optimum health and longevity. 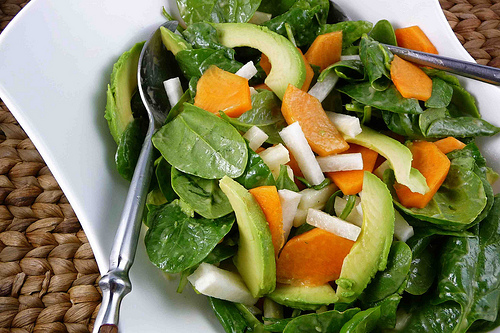 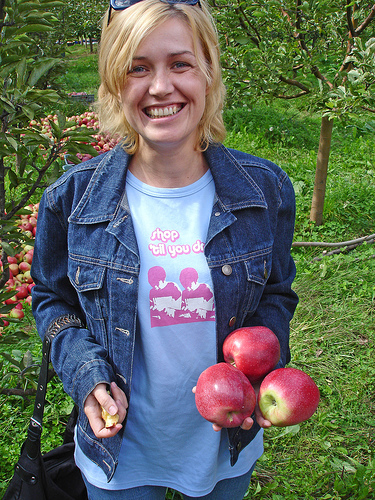 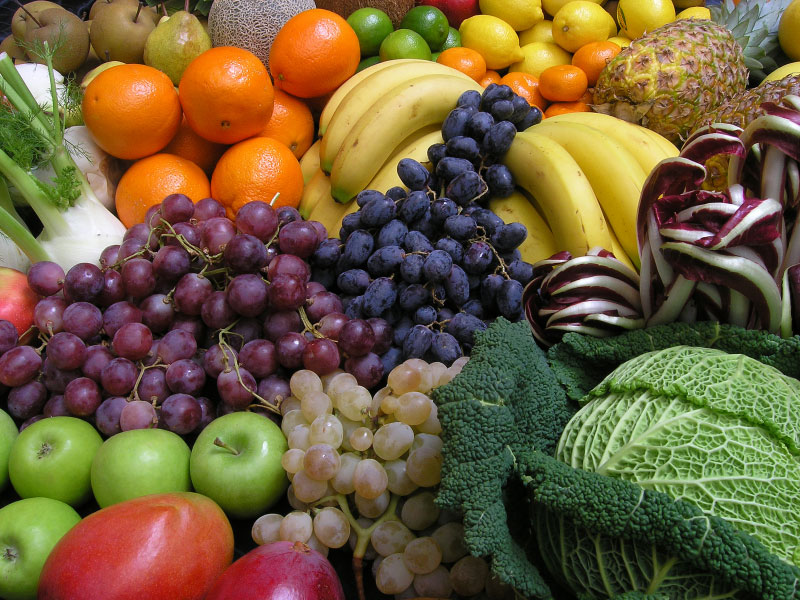