Kevin: Bren, there are bunch of things that I want to talk about today, but first let’s start with just a little bit of background about you.

Brendan: Sure. I actually got into the nutrition and just trying to achieve peak performance through nutrition back when I was around 15. That was all I cared about when I was 15. I was getting into track and field and I knew then that I wanted to try and become a professional athlete. I just really enjoyed running, I enjoyed swimming, biking, all those things. I realized pretty soon into the game that obviously I’ll have to do a lot of training. I got a hold of some of the top athlete training programs and then I also looked at some average athlete training programs. What really surprised me was that they hardly differ at all. And so, then of course I wonder, well, what make some athletes Great? And I realized that it had to do with recovery because the quicker you can recover, the faster you improve. I found that at 80% of recovery has to do with nutrition. So that’s what got me going down that road.

Kevin: Wow! So, for recovery even if someone is a light exerciser or a heavy exerciser, what are some of the things that we need to do to get ourselves in a top shape and continue to perform at the top level?

Brendan: Well, one of the big things is having high-quality food right after a workout because really a workout is just a form of stress. You break down your body tissue muscles and cells, and ligaments, tendons and if you don’t give yourself good food to reconstruct that, then your body has no
choice but to take the food you give it and build new body tissue.

Eating the high quality good raw plant-based foods right after a workout is going to be the best way to do that and you stay strong, you improve quickly as an athlete and you stay healthy as well.

Kevin: So, at the end of races, you go to so many things and you see people eating jelly doughnuts, pizza and there’s all this “junk food.” What is that doing and what are some of the best foods that people can eat after a race for recovery?

Brendan: Yes, it’s funny. That’s one of the things that seems to be common is after a workout or a race, people think that eating junk food is fine. They think, “Well, I’ve done workout today.” But it’s actually, that’s the worst time to eat junk food.

So, for recovery what I started doing was making smoothies, liquid form of course so that really helps speed digestion. So, I would make my own smoothie, I’ll use hemp protein, greens, flax and nuts and then I actually started just having that evolve over the years. It became really good and just really healthy and then I developed it as a product. It came out a few years ago, but it’s something that was born 15 years ago.

Kevin: Did you notice the difference in your recovery times and your results when you started to eat some of these different foods?

Brendan: Absolutely, yes. It was very noticeable. You know one of the things that I find interesting with a lot of people now is that they expect things to be instant. And we’re in that kind of culture of sugar and you know if you drink a cup of coffee you feel the energy immediately. And healthy foods are not that way. They’re not stimulating; they’re nourishing, so you don’t feel the energy immediately.

But over time, six to eight weeks or so, if you’ve cleaned up your diet, you’re really going to start feeling better and I just encourage people to stick with it.

Kevin: Well, when you exercise you’re causing a lot of stress on the body and you’re letting go of muscle glycogen. What’s the correlation between the muscle glycogen replacing it and the sugars? And why is that not necessarily the best thing?

Brendon: Well, definitely you want to stay away from any kind of refined sugar. Like white flour, for example, takes a lot of energy to breakdown and digest because your body has to build digestive enzymes to break that down and a healthy body can do that, but it takes work.

So if you’re spending all that energy to try and get energy, the amount of energy you’re leftover with is very low. I used to be under the impression as most people are that if you eat more calories, you’ll
have more energy, and it seems logical. But I was getting really tired and I was eating a plant-based diet, but I was eating also peanut butter and bread and things that are very high in calories, but very
low in nutrition. And the body just had to work so hard to digest those things.

So when I switched to more raw food, lots of leafy green vegetables, lots of fruit, getting carbohydrates from fruit as opposed to grains, I noticed a huge difference and that was a big point for me.

I think just the whole calorie thing is so flawed and that it just doesn’t take into account what source the calorie is and how hard your body has to work to digest that and assimilate it.

Kevin: Yes. What sort of fruits were you eating that you found were the best for you?

Brendan: Pretty much any fruit works well for me, usually banana and the smoothies, dates and berries. I try and eat and fuse them as much as possible, so I’ll eat a lot of local berries. I like grapefruit a lot. I like apples, oranges. I like some tropical fruits too – mangoes, papayas, dates. Dates are a great source of quick energy.

Brendan: Really good during long races just to have a date or even make an energy gel. I’m sure people – a lot of people are familiar with energy gels that you can take during a long run. And a lot of them, all the commercial ones as far as I know, are really highly processed and not so healthy, but it’s very easy to make your own and I have a recipe for those in my book. You just take agave nectar, a couple of dates, blend them together with a bit of lemon and lime juice, grate off lemon and lime, mix them with a little sea salt, and that’s a great gel. You just put that in a gel flask and that’s high energy that will keep you going strong throughout the race. It tastes good. It’s refreshing and it’s a
really simple solution, of course, 100% raw and natural end process.

And one of the other things that’s good for good quality carbohydrates are pseudograins. Pseudograins are technically seeds. So quinoa, amaranth, buckwheat, and wild rice, they’re all seeds…

You can make really simple snacks from them, even just sprouted quinoa with some avocado with a lemon juice and some sea salt, just really plain simple taste that’s really good.

Kevin: You touched on protein there and I think a lot of people feel that they need to really overdo it on protein. And what does that do with the body and why is that might not be the best thing to do?

Brendan: Yes, excess protein is very common. It’s bad quality protein, what a lot of people eat and drink. Whey protein has been very well marketed and it’s the staple of so many athletes. It’s unfortunate. It’s incredibly acid forming, so therefore, the body, to keep the blood neutral for survival’s sake will pull calcium from the bones, and calcium is very alkaline. So, over the course of a decade or two, that leads to weaker bones and it’s bad for the immune system. It creates inflammation and
something I learned recently was that, in North America now, the chance of getting osteoporosis is so much greater, and it’s happening younger and younger in life for people.

And that was originally thought that it was because our diet didn’t have enough calcium. But as it turns out, that’s not the case. We’re leeching calcium out of our bodies by eating too many processed acid forming foods. And if we were just to eat more leafy green vegetables, more raw foods, basically the less processed the food, the more alkaline it’s going to be.

Kevin: When you talk about acid building up in the body over. Let’s talk about this over a day. Someone wakes up in the morning. They drink a couple of coffee. They exercise. They have their whey protein shake after. What’s going on in their body in terms of acid, I mean how
low is the pH actually getting?

Brendan: Yes, it’s critical. It’s turning people into very, very sick people and it’s become a very serious problem. You touched on coffee too, which I think is really interesting. What I found when I was researching this was that stress is the root cause of pretty much all problems and the minor problems that are the first signs of stress, there comes a red flag. We have to really, really focus on and not try and suppress them and treat the symptoms but really be opened to them and know how to actually get to the root cause of each problem.

For example, when your body gets stressed, stress response affects the adrenal glands and cortisol, the stress hormone, goes up and when cortisol is high you actually don’t get into a deep phase of sleep. It’s called delta and that’s a really deep rejuvenating sleep. That is when your body recovers and that’s vital because if you don’t get in that form of sleep, which 95% plus of North Americans don’t, we wake up we feel tired and we crave coffee and sugar, because coffee and sugar are stimulants.

If we clean up our diet, we can actually help reduce cortisol levels. Therefore, we will get into that deep delta phase of sleep and sleep efficiently. And therefore, we’ll wake up and feel ready to go. And also too if we sleep efficiently, we don’t need to sleep. People say all the time, “I wish I had an extra hour a day,” and in a way you can have an extra hour everyday if the diet is highly raw, plant-based and really stress relieving.

Kevin Gianni is an internationally known health advocate, author, and film consultant. He has helped thousands and thousands of people in over 21 countries though online health teleseminars on living and raw food and abundance, optimum health and longevity. 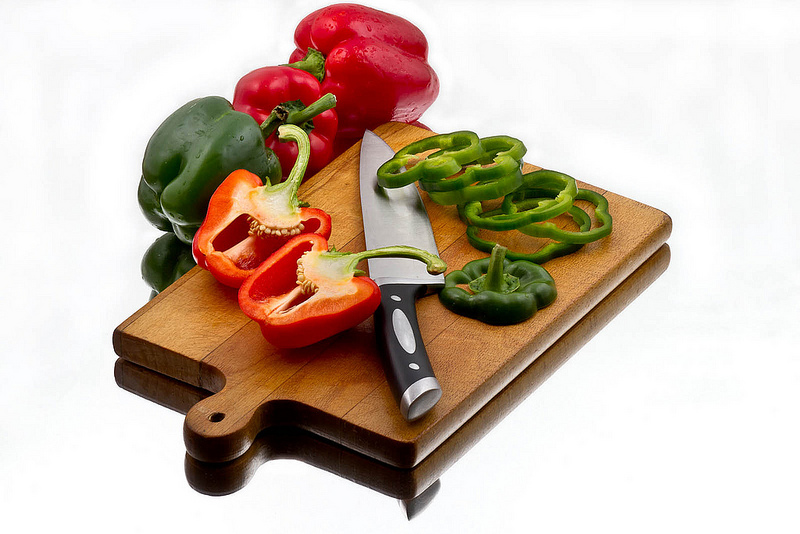 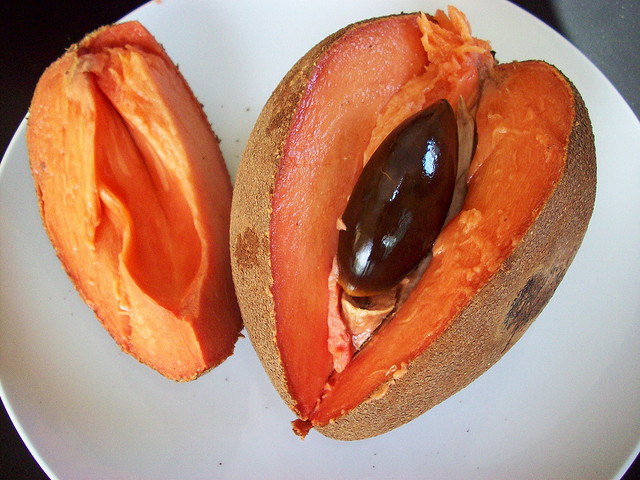 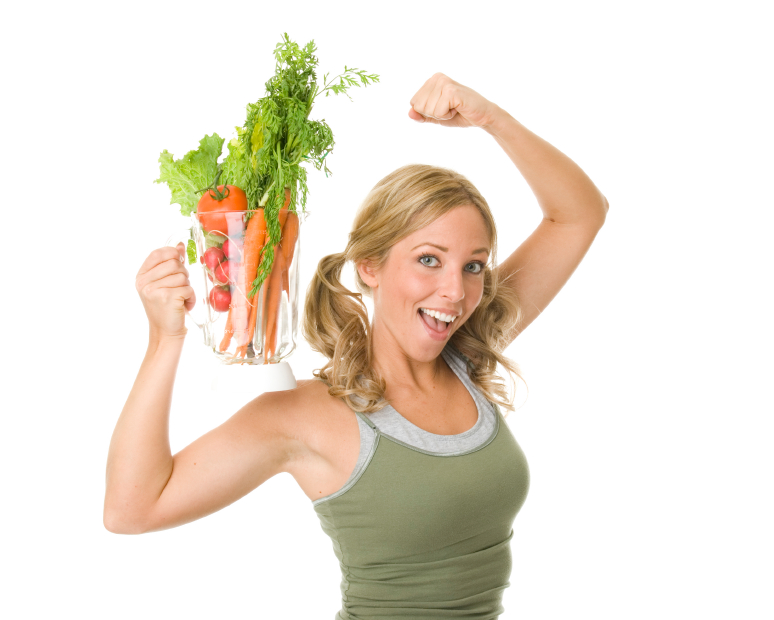