I’ve previously written about the wonderful juices and raw food at Flax & Kale restaurant in Barcelona.  You can read more about this flexitarian restaurant in my post  – Raw Food @ Flax & Kale.

We don’t always follow a fully raw diet – especially while traveling – so we also enjoyed quite a few of their cooked vegan dishes while we were there. Since eighty percent of their menu is plant-based there was a lot to choose from, which is a welcome change. It can often be difficult to eat vegan in restaurants and it is especially rare to find creative vegan cuisine.

I liked the idea of their Kale Vichyssoise – a healthier take on the classic chilled soup containing leek, onion, potato, kale, and thyme. Unfortunately, I found the consistency of the soup too thin and over-salted, which might just be a matter of personal taste. The kale chips on the side were fantastic though and some of the best I’ve ever had.

The Red Quinoa Salad delivered on expectations and in combination with a gazpacho blended juice made for a light and nutritious lunch. It contained raw fennel, raw wild asparagus, and a sea-buckthorn sauce. I decided to try their spelt & turmeric ravioli called Orange is the New Healthy. This was filled with a puree of carrot, sweet potato, pear, and maca, with a pumpkin sauce and topped with a crunchy combination of almonds and nutritional yeast. The spelt added a wholesome appeal and this vegetable-centric plate was certainly the healthiest pasta dish I have ever eaten.

They also have another vegan ravioli – Green Power Raviolo. This was also a vegan pasta dish filled with spinach, tofu, mushroom, and cashew ricotta. It was served with a garlicky green sauce, roasted eggplant, and a similar crunchy nutritional yeast topping. The Veggie Burger at Flax & Kale is not what you might expect. It was served without bread and with a generous portion of stir-fried veggies and roasted fennel. The fennel was really delicious and I especially liked the mango sauce on top of the burger. It was really quite a generous serving and a good option if you are craving vegetables.

The cooked vegan meal that I probably enjoyed the most was the No Digas Tacos. They really went the extra mile to create authentic housemade nixtamalized corn tacos. The foundation of the dish was a hearty and satisfying combination of sauteed eggplant, shitake and white cabbage. It also came with guacamole, pico de gallo, and a cashew sour cream.

I enjoyed the dish so much that it wasn’t until later that I realized there wasn’t really a spicy component as would be usual with Mexican food. But the flavors came together perfectly so I guess it wasn’t necessary and I didn’t miss the heat at all.

In contrast, the Veggie Panang Red Curry wasn’t shy on the spices, which was surprising since we usually find Thai food in western countries to be very mild. After living in Thailand and Cambodia the last six months we actually thought this dish had a fair amount of heat. In addition to the coconut curry sauce, it had slices of fresh young coconut for an interesting textural element.

We are already missing the food at Flax & Kale and if we are ever in Barcelona again this will certainly be the first place we visit. It would be fantastic if there was a restaurant like this in every location around the world. Hopefully, as more people become aware of the health benefits of a plant-based diet, this will eventually become a reality. 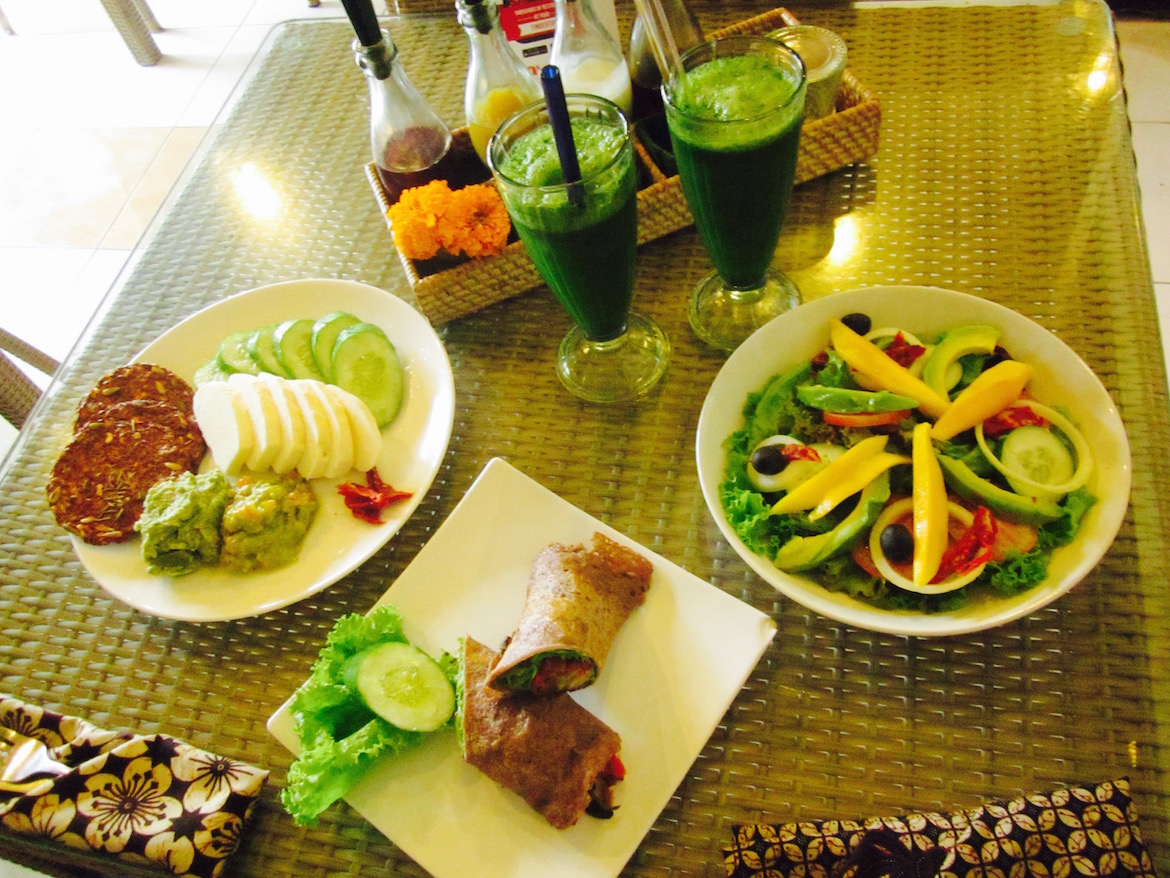 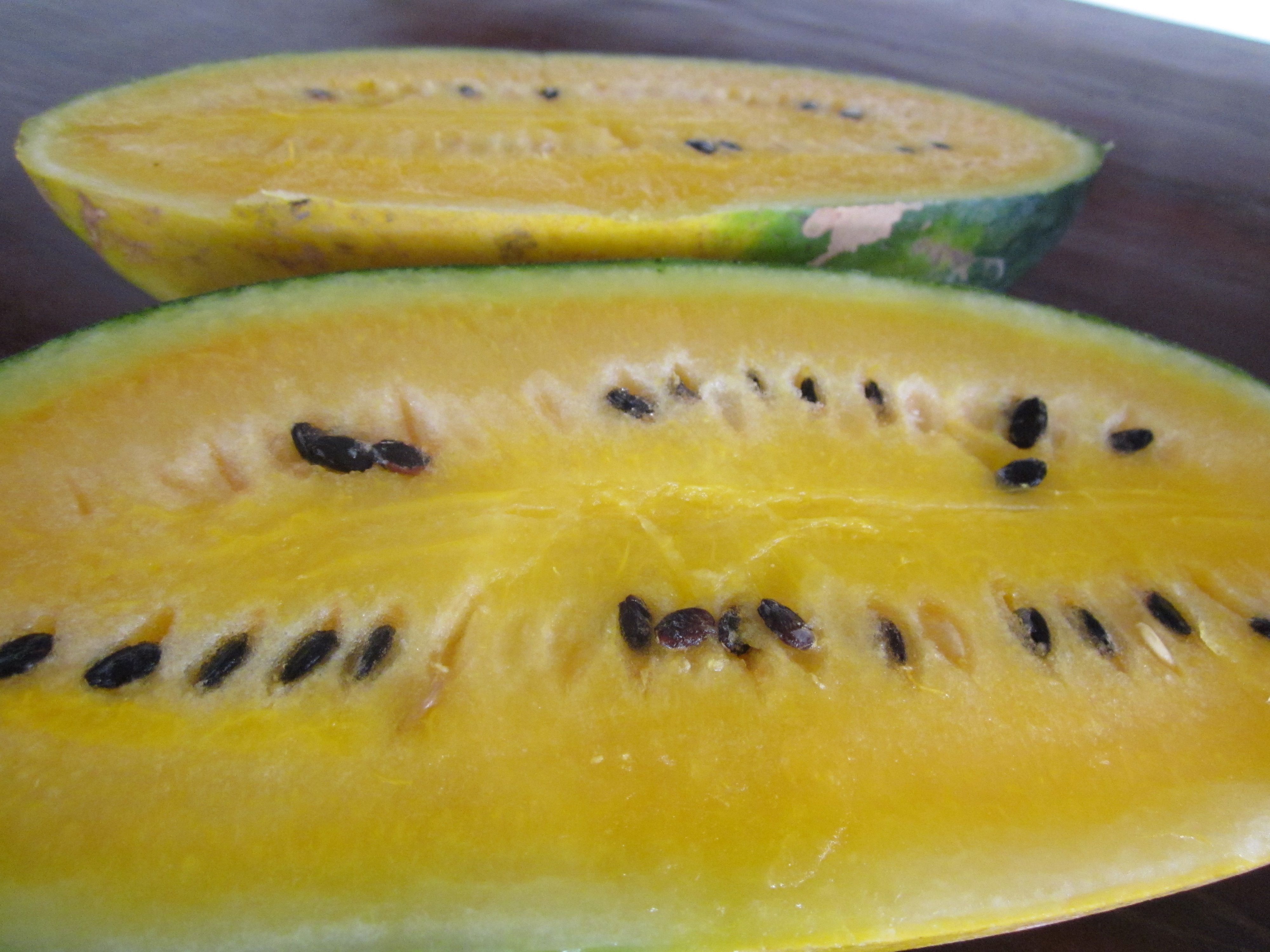 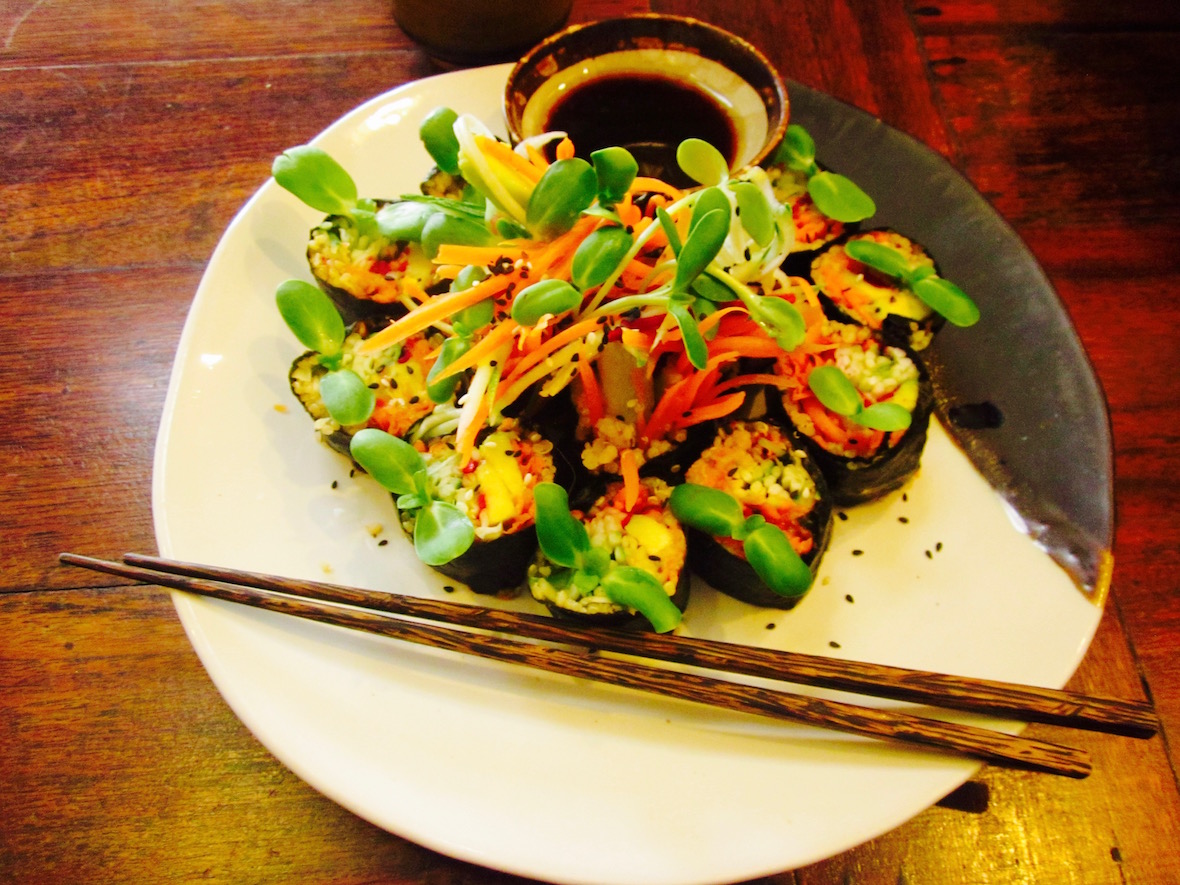